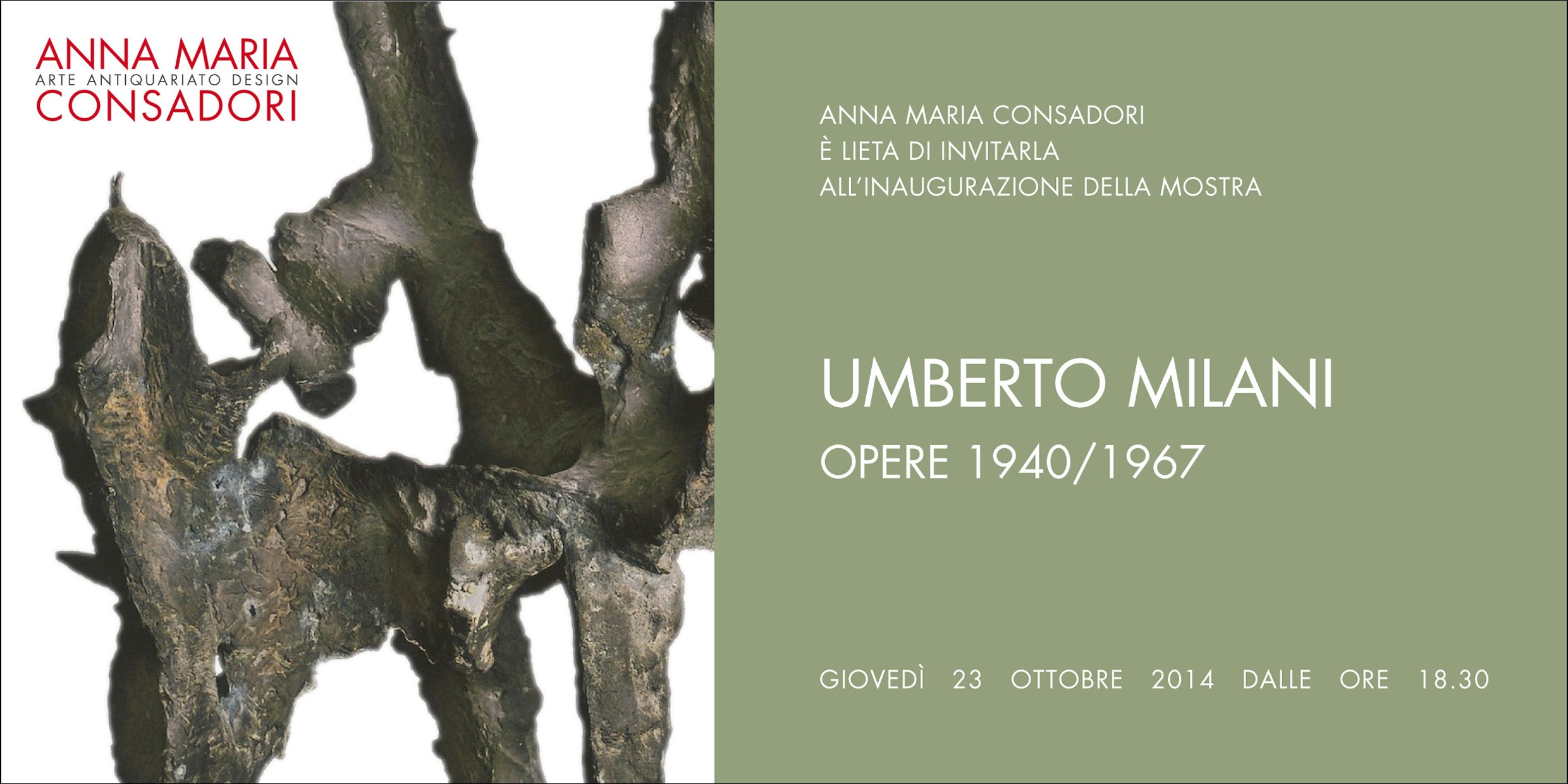 Thursday 23rd October 2014 an exhibition dedicated to Umberto Milani will open at Galleria Consadori. The show will focus on artworks realized between 1940 and 1967.

Umberto Milani was born in Milan in 1912. He starts very young to paint. From 1926 he follows evening classes at the Scuola Superiore d’Arte Applicata all’Industria del Castello Sforzesco in Milan and attended and he follows the Brera Academy lessons of Adolfo Wildt, where he met among others Lucio Fontana, Fausto Melotti and Luigi Broggini.
Between 1940 and 1950 he made a series of sculptures, paintings and drawings, especially female nudes,with the post-Cubist intonation and strong synthesis, with influences by Sironi and Romanesque style, that approach in particolar way to the first Chigine plastic experience, artist with whom Milani presents in time pictorial affinity.

After a few steps of fulfillment of abstract images with strong sinusoidal forms, it takes place the informal debut.
In 1947 appear the first paintings done with the “dripping” technique; soon after in plaster, bronze and cement the expressive world of Milani, now he abandoned the figurative manner.

In 1954 and 1957 born parietal plastics. Are of these years collaborations with important architect, in 1951 arch. Luciano Baldessari commissions him the atrium ceiling of the IX Triennale, he collaborated with architect De Carli and Marco Zanuso at the X Triennale in 1954, and with Ico Parisi in 1954 realizes the parietal plastic intended for the Pavilion Lounge (current Sempione Park Library)

He participates in solo and group exhibitions in Italy and abroad and is present with personal rooms at the Venice Biennale in 1958 and in 1962, when he was awarded the joint first prize for sculpture.
He died in 1969 at only 58 years old.
Opening Thursday, October 23, 2014 at 18:30.