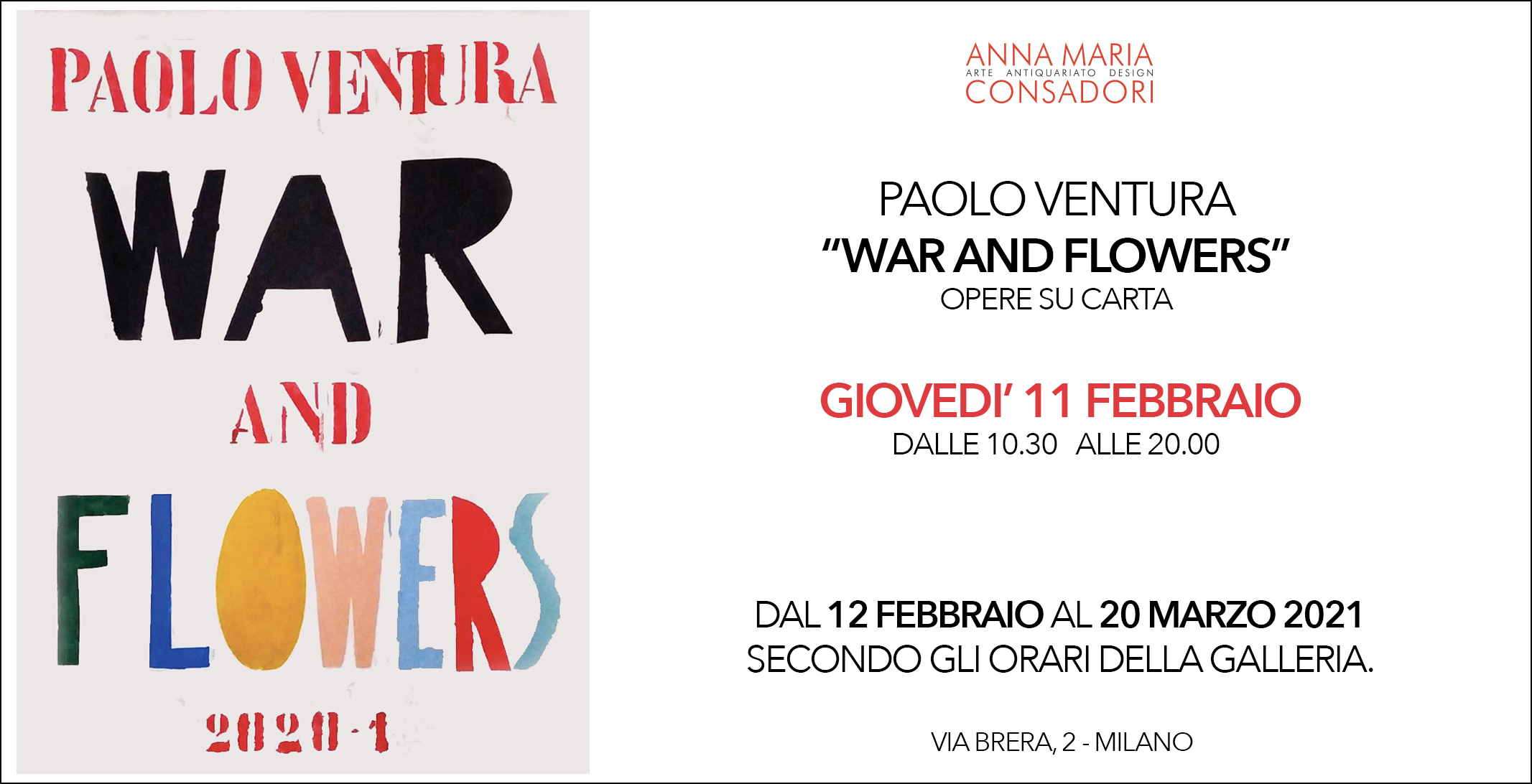 This summer I began painting flowers, picking them up from their roots, near my studio in Anghiari, Tuscany. Along with the roots and the earth, the war emerges, too. Where I gather flowers,  the English and the Germans fought in the summer of 1944, for months they butchered each other on those hills. They left behind, ammunition, shoeas, bombs and the dead. The earth has absorbed them, enrobed them, tarnished them. Where I gather flowers, the war emerges, too.

The opening is planned fot Thursday Febriary 11th from 10.30am to 8pm, all-day at Galleria Consadori, Via Brera 2 Milano Italy, to allow the visit avoiding the gatherings. The artist Paolo Ventura will be present at the opening.

The catalogue “War and flowers” published by Danilo Montanari Editore will be available at the Gallery.

From Friday February 22nd, 2021 the exhibition can be visited during the opening hours of the Gallery: from Tuesday to Saturday, 10am-1pm and 3pm-7pm.

The exhibition will close on saturday March 20th, 2021.